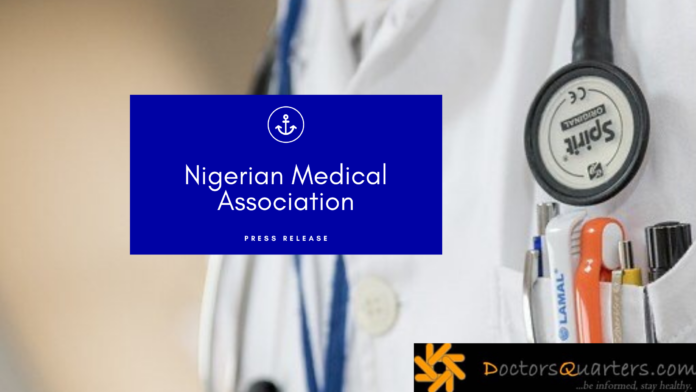 This is a written statement by Adegboyega Ogunwale, FWACP, LLM (Medical Law & Ethics) on the issues between Federal Competition and Consumer Protection Commission FCCPC, MDCN/NMA, and Premier Hospital.

This is another case of legislative indiscretion. The powers granted to the FCCPC and its tribunal under the FCCPC Act are too wide. “Goods and services” are widely interpreted. Section 105 gives the FCCPC precedence over the MDCN but agrees that they have coordinate jurisdiction. The provisions also go as far as making the powers of MDCN subject to their guidance per section 68 of the Act. This section 68 provides for professional discipline by professional regulators but merely makes it a non-prohibition clause as if the FCCPC has powers to regulate the proceedings of MDCN.

This is however illegitimate because a council CANNOT regulate a council! Section 105 attempts to do this.

Granted, the FCCPC can file a suit against a doctor in a civil or criminal matter relating to his practice as is the right of any consumer or his representative but cannot investigate the professional practice of a doctor by itself. That is the SOLE preserve of MDCN and appeals against the decisions of the MDCN lie to the Court
Of Appeal, not the FCCPC tribunal.

Any doctor who refuses to attend may be right to do so under the law since the FCCPC cannot then seek redress for acts committed against their illegitimacy. However, there may be arguments as to whether s. 105 of the FCCPC Act itself is not sufficient legitimacy.

This is the legal doctrine of ex turpi causa non oritur actio I.e. you cannot have a legitimate action arising from an illegitimacy.

Furthermore, I think the MDCN should approach the Federal High court in Lagos for an injunction to stop the hearing and thereafter seek judicial interpretation of the section 68 limitation of the powers of the FCCPC with regard to professional discipline of professionals who provide services as well as the supremacy clause of section 105 within matters related to competition/consumer protection.

In the interim, the letters of the Nigerian Medical Association (national), the NMA (Lagos) and the MDCN in directing doctors not to attend are in order and a proper administrative response.

Breaching patient’s confidentiality is a serious wrong that will be punishable by the MDCN and actionable in civil proceedings in a court of competent jurisdiction.

Allowing another council to run the MDCN will be clear dereliction of duty and misconduct on the part of the Registrar and members of the council. It will amount to collusion with other parties to usurp the provisions of statutory law.

This is threatening to be a legal impasse.

But where was MDCN/NMA/MDCAN/AGPMPN when this Act was being passed?

World Medical Association Gets a New President-Elect – A Nigerian Doctor.