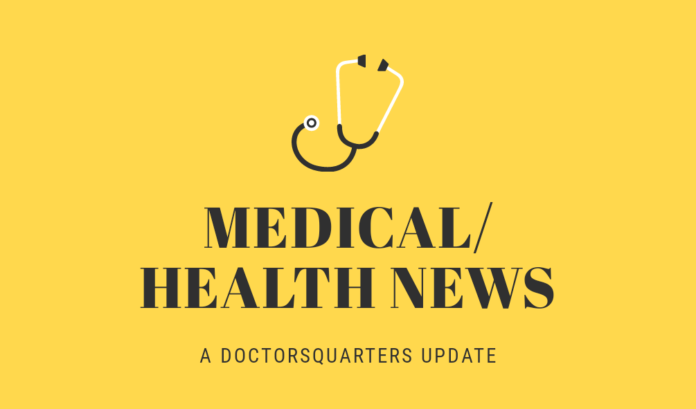 The World Health Organization recommends that people suffering COVID-19 symptoms avoid taking ibuprofen as it could worsen the effects of the virus. French officials issued the same warning.

The warning by French Health Minister Olivier Veran followed a recent study in The Lancet medical journal that hypothesized that an enzyme boosted by anti-inflammatory drugs such as ibuprofen could facilitate and worsen COVID-19 infections.

Asked about the study, WHO spokesman Christian Lindmeier told reporters in Geneva the UN health agency’s experts were “looking into this to give further guidance.”

“In the meantime, we recommend using paracetamol and do not use ibuprofen as self-medication. That’s important,” he said.

He added that if ibuprofen had been “prescribed by the healthcare professionals, then, of course, that’s up to them.”

His comments came after Veran sent a tweet cautioning that the use of ibuprofen and similar anti-inflammatory drugs could be “an aggravating factor” in COVID-19 infections.

“In the case of fever, take paracetamol,” he wrote.

The French minister stressed that patients already being treated with anti-inflammatory drugs should ask for advice from their doctor.

Paracetamol must be taken strictly according to the recommended dose because too much of it can damage the liver.

The COVID-19 pandemic, which has infected around 190,000 people worldwide and killed more than 7,800, causes mild symptoms in most people but can result in pneumonia and in some cases severe illness that can lead to multiple organ failure.

Even before the pandemic, French authorities sounded the alarm over serious “infectious complications” linked to the use of ibuprofen, which is sold under various brands like Nurofen and Advil, and other anti-inflammatory drugs.

A spokesperson for British pharmaceutical company Reckitt Benckiser, which makes Nurofen, said in an email statement that the company was aware of concerns raised about “the use of steroids and non-steroidal anti-inflammatory (NSAIDs) products, including ibuprofen, for the alleviation of COVID-19 symptoms.”

“Consumer safety is our number one priority,” the spokesperson said, stressing that “Ibuprofen is a well-established medicine that has been used safely as a self-care fever and pain reducer, including in viral illnesses, for more than 30 years.”

“We do not currently believe there is any proven scientific evidence linking over-the-counter use of ibuprofen to the aggravation of COVID-19,” the statement said.

The spokesperson said Reckitt Benckiser was “engaging with the WHO, EMA (the European Medicines Agency) and other local health authorities” on the issue and would provide “any additional information or guidance necessary for the safe use of our products following any such evaluation.”

SPF: How to Use Sunscreen for Dark Skin (VIDEO).