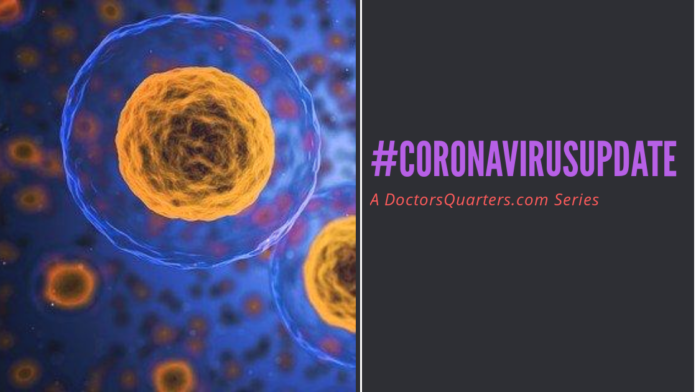 The epidemiology of Coronavirus now called COVID19 has begun to show a pattern.

It is clear that Nigeria’s reported cases are mostly of people who came into the country from regions or countries where the virus has already spread, or of people who got in contact with those subsets of people got infected outside the country.

At this initial stage, the spread of this pandemic among the Nigerian population is skewed more to affluence or to elitism.

By the time Alhaji Atiku disclosed his son’s COVID-19 status, Nigeria officially recorded about 30 cases. His tweet shock Nigerians with many hailing the former Vice President for his sincerity and openness.

But what stands out in the spread of this pandemic is obvious, though fleeting, affectation of the affluent and first-class citizens of the country.

Three solid scenarios that have made the COVID-19 virus spread in Nigeria more aggressive are;

Almost all confirmed cases flew in on a plane from a country where the pandemic is high risk into the country. They were either schooling, on official assignment, on health ground or simply vacationing.

It is possible that the influx of Nigerians back to the country may be unconnected to the superstitious rumors that Africa cannot be affected by the virus. In fact, one commentator said Africa is the safest place to be at this time of a pandemic. So like other Africans, Nigerians in Diaspora decided to come back home.

These groups of people have one thing in common – they got enough foreign currency that facilitates their activities in those countries and that ensures their movement back to Nigeria.

2). Exposure of the Clan

Despite superior scientific facts and figures, the infected returnees refused to adhere to the advice of health authorities and willfully mingled and partied with those in their class. Family members are exposed to the virus unwittingly since they really did not manifest with symptoms.

It is a fact that transmissibility of the covid19 is possible even if the host is asymptomatic.

With no self-isolation and a general inability to practice social distancing, absent the use of brute force, the COVID-19 is circulated among the affluent and first-class citizens.

The result is many more confirmed cases will be recorded from the top guns of the society.

3). Nigeria Consumed in the Pandemic:

If ever Nigeria gets to the point where all her residents her totally infected, it would be by the spread from the high society to the general population. In other words, it appears Nigeria will largely succumb to the Pandemic if our first class residents, politicians, affluent businessmen, industry leaders, elites remain reckless and refuse to heed the calls of medical and public health authorities.

Religious and superstitious sentiments have really not helped a multi-religious and diverse society like Nigeria.

The COVID-19 Demographics in Nigeria.

As at the time of writing this post, 24th March 2020, 8:00 pm Nigerian Time, the Official Figure of the pandemic in Nigeria stands at 44 Total Confirmed Cases.

The large majority of these numbers will come from ‘First-Class’ states.

As recorded, Lagos state remains the most vulnerable and from where all other parts of the country would be affected. Thankfully, the Lagos state government has announced the closure of all markets within the state.

A few days ago, schools, religious houses, clubs, bars were shut down. Huge gatherings of people have been banned. Domestic flights and intrastate travels should be banned too for at least 14 days.

These are all social steps at preventing the spread of the virus, and for once many Lagosians are complying with the government’s directives. More needs to be done. Every effort should be channeled at getting Lagos and her residents safe and indoors.

How to Stay Safe During a Protest.

How to Ensure Your Face Mask Is Right for your Protection.