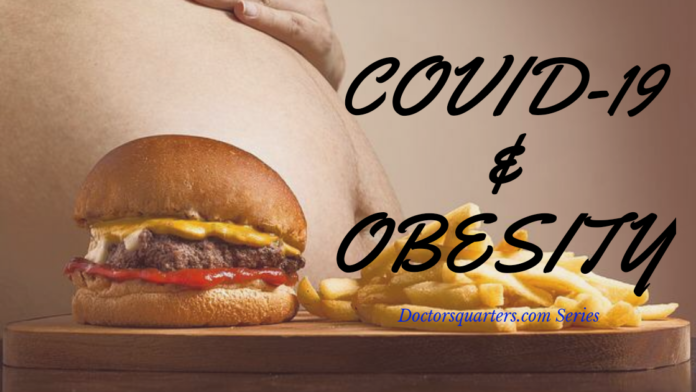 According to emerging data, BMI also plays a role in people who get infected with the coronavirus, with obese people being particularly more high risk than others.

The body mass index is a clinical indicator of how “fat” a person is – a function of genetic and environment. Obesity has been implicated in a number of medical conditions.

Now findings from a new study suggest Obese people may have more to worry about in the light of the novel coronavirus infections.

The data was recently discovered by Nivedita Lakhera, who is part of the COVID-19 response team at O’Connor Hospital in San Jose, California. This is because the intensive care ward that they were assigned onto had so many young patients, most of which have no other medical condition besides obesity.

“They are young and coming to the ER and just dropping dead,” she said.

Of course, age still plays a significant role when it comes to getting hospitalized with and dying from the coronavirus. Having a compromised immune system is also crucial. However, some doctors are starting to see that some of the sickest COVID patients are young people whose only problem is obesity.

Jennifer Lighter, an epidemiologist at New York University’s Langone School of Medicine, believes that obesity could be a crucial factor in the death toll especially for the patients who are under 60 and didn’t have compromised immune systems, said.

“BMI is the Achilles’ heel for American patients. In China, it was smoking and pollution, and Italy had a larger older population, and many grandparents lived with extended families. Here, it’s BMI that’s the issue,”

Unfortunately, a lot of people in the U.S. are suffering from obesity. Per the Centers for Disease Control and Prevention (CDC), 42 percent of adults have a BMI of over 30, which is the threshold for obesity. Furthermore, more than nine percent are also classified as overly obese, having a BMI of over 40. People who are suffering from obesity usually have a higher risk of developing other life-threatening conditions, such as diabetes, heart attack, and hypertension.

According to a published study on Nigerians, 10 -20 percent of Adults are either Obese or overweight with obesity being more prevalent among females and middle-aged persons. The odds of having high BMI (≥25kg/m2) are highest among urban dwellers with a lower level of education.

This new data should serve as a wake-up call for obese people, especially now that we’re still going through a worldwide deadly pandemic.

The government and health authorities would have to consider this in formulating health policy for Nigerians.