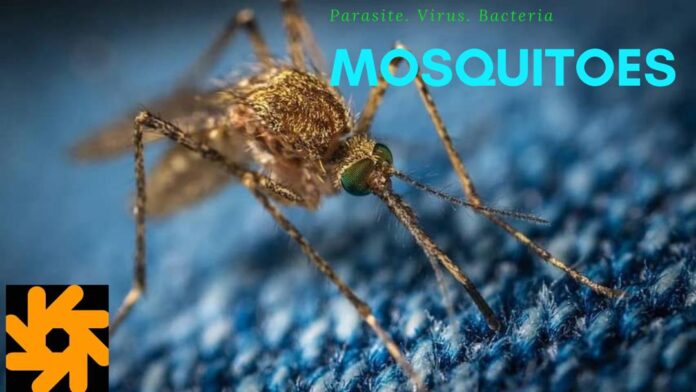 A new research published in the The Lancet Neurology confirms the lethal combination of two mosquito-borne viruses may be a trigger for stroke.

University of Liverpool researchers and Brazilian collaborators have been investigating the link between neurological disease and infection with the viruses Zika and chikungunya. These viruses, which mostly circulate in the tropics, cause large outbreaks of rash and fever in places like Brazil and India. Zika is widely known to cause brain damage in babies following infection in pregnancy, but the new research shows it can also cause nervous system disease in adults.

The study of 201 adults with new onset neurological disease, treated in Brazil during the 2015Zika and 2016 chikungunya epidemics, is the largest of its kind to describe the neurological features of infection for several arboviruses circulating at the same time.

The new research shows that each virus can cause a range of neurological problems. Zika was especially likely to cause Guillain-Barre syndrome, in which the nerves in the arms and legs are damaged. Chikungunya was more likely to cause inflammation and swelling in the brain (encephalitis) and spinal cord (myelitis). However, stroke, which could be caused by either virus alone, was more likely to occur in patients infected with the two viruses together.

Stroke occurs when one of the arteries supplying blood to the brain becomes blocked. The risk of stroke is known to be increased after some types of viral infection, like varicella zoster virus, which causes chickenpox and shingles, and HIV. Stroke is also being recognised increasingly as a complication of COVID-19. This has important implications for the investigation and management of patients with viral infection, as well as for understanding the mechanisms of disease.

In total 1410 patients were screened and 201 recruited over a two-year period at Hospital da Restauração in Recife, Brazil. Comprehensive PCR and antibody testing for viruses was carried out in Fiocruz laboratories.

Of the 201 patients admitted with suspected neurological disease linked to Zika, chikungunya or both, 148 had confirmation of infection on laboratory testing, around a third of whom had infection with more than one virus.

The median age of patients was 48, and just over half the patients were female. Only around 10% patients had fully recovered at discharge, with many having ongoing issues like weakness, seizures, and problems in brain function.

Of the stroke patients, who were aged 67 on average, around two thirds had infection with more than one virus. Many of the people who had a stroke had other stroke risk factors, such as high blood pressure, indicating that stroke following Zika and chikungunya viral infection may most often be seen in those who are already high risk.

Dr Maria Lúcia Brito Ferreira, neurologist and head of department at Hospital da Restauração, leading the Brazilian team said: “Zika infection most often causes a syndrome of rash and fever without many long-term consequences, but these neurological complications — although rare — can require intensive care support in hospital, often result in disability, and may cause death.”

Dr Suzannah Lant, a Clinical Research Fellow at the University of Liverpool, who worked on the study explained: “Our study highlights the potential effects of viral infection on the brain, with complications like stroke. This is relevant to Zika and chikungunya, but also to our understanding of other viruses, such as COVID-19, which is increasingly being linked to neurological complications.”

Senior author Professor Tom Solomon, Director of the National Institute for Health Research Health Protection Research Unit in Emerging and Zoonotic Infections at the University of Liverpool said: “Although the world’s attention is currently focused on COVID-19, other viruses that recently emerged, such as Zika and chikungunya, are continuing to circulate and cause problems. We need to understand more about why some viruses trigger stroke, so that we can try and prevent this happening in the future.”

The researchers are supported by grants from FACEPE, ZikaPLAN (as part of EU Horizon 2020), the Medical Research Council, Wellcome Trust, and National Institute for Health Research.