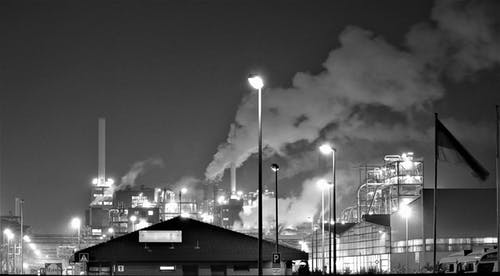 People living in areas with poor air quality are more likely to have glaucoma.

A new study found that air pollution could contribute to the development of the eye condition that can cause blindness.

Glaucoma affects more than 60 million people around the world. This neurodegenerative disease is known as the leading global cause of irreversible blindness.

It commonly occurs due to increased pressure from fluid in the eye. This then damages the optic nerve, which connects the eye to the brain.

“We have found yet another reason why air pollution should be addressed as a public health priority, and that avoiding sources of air pollution could be worthwhile for eye health alongside other health concerns,” Paul Foster, study lead author and a professor at University College London, said in a statement.

For the study, researchers collected results of eye tests from 2006 to 2010. The team also looked into air pollution measures at the home addresses of participants.

Results showed that the people who lived in the most polluted areas had a 6 percent higher risk of having glaucoma. They showed a thinner retina, which indicates glaucoma progression.

However, it appeared that air pollution did not cause changes in the eye pressure of participants. That means poor air quality affected the eye through a different mechanism.

“Air pollution may be contributing to glaucoma due to the constriction of blood vessels, which ties into air pollution’s links to an increased risk of heart problems,” Sharon Chua, study first author at University College London’s Institute of Ophthalmology and Moorfields Eye Hospital, said.

“Another possibility is that particulates may have a direct toxic effect damaging the nervous system and contributing to inflammation.”

The findings back previous research that suggested people in urban areas have a 50 percent higher risk to have glaucoma than those in rural areas. Researchers said air pollution may be a key contributor to the prevalence of the eye condition.

Foster added the data used for the study came only from areas in the U.K. and the country currently has low particulate matter pollution. He added that in countries where air pollution has been significantly high, people may have a higher risk of developing glaucoma.

The team aims to continue the study to further understand how air pollution effects directly contribute to the development of the eye condition.